Explore the top attractions & sights of Vienna Austria. Here are the most popular Vienna sights, top attractions and amazing places which should be part of any visit to the Vienna. A European river cruise down the Danube would not be complete without a visit to the historic and romantic city of Vienna, the capital of Austria. An even better cruise down the Danube starts in this historic city. Several cruise ship sail from Vienna and have packages that feature two or three day stays in the city at the start of the trip.

Avalalon Waterways has a fabulous 14-day cruise sailing from Vienna that includes a 2 ½ day stay in Vienna to allow for visiting the city and its sites. This cruise goes from the Blue Danube to the Black Sea, departing in Vienna and arriving in Bucharest.

Arrival
After arriving in Vienna by plane the City is open to exploration for the next 2 ½ days before embarking on the cruise. Vienna offers a vast array of culture, music, arts, and architecture to enjoy.

Bridging two sections of the Anker Insurance Company Building the clock is both a timepiece and a work of art and entertainment. As the clock hands pass through a twelve hour period, twelve historical pairs of figures travel across the bridge. At noon each day all the figurines parade across accompanied by a musical compilation of past ages.

No visit to Vienna would be complete without a trip to the Haas House, the pride of the City and one of its most exciting buildings. This architectural masterpiece was once a disputed building project that did not bode well with the locals of the time.

Introduced by Hans Hollein in the late 20th century, the Hass House is a concrete and glass structure built in a style similar to the ancient Roman citadel Vindonane, a style where new architecture is built in, on and around the old style, incorporating it into its beauty. The Hass House’s modern look was built taking into consideration the neighboring historical St. Stephen’s Cathedral as is evident by the glass reflecting the Cathedral. A visit here should include a rooftop coffee break in the coffee shop to take in the view of the Cathedral.

St. Stephen’s Cathedral
After visiting the Haas House and seeing this cathedral from afar, stop in and see this ‘heart of the city’ in all its grandeur.  Built in 1147, St. Stephens Cathedral is considered the heart of Vienna and is the most famous sight in the City.

There are many sights to see at the Cathedral and myths and legends to ponder over. Two impressive features that stand out are the enormous roof and tall, lean tower. There are very few towers of such height that were completed during the Middle Ages.

Inside the Cathedral there are many historic art pieces, such as the tomb of Prince Eugene of Savory, the Gothic winged altar and the ‘Pummerin’, the cathedral’s big bell. There are also many myths to explore and ponder, such as the indention on the wall inside the main entrance. Legend says it was used to measure the size of a loaf of bread by customer. These are just a few of the many attractions to visit in the Cathedral.

Shopping at Vienna
Before the Vienna trip is over and the cruise sets sail be sure to get in some shopping at the Naschmarkt. This area market where fruits, vegetables and assorted items are sold is much more than a market; it is a historical landmark dating to the 16th century.

The market itself was built on top of the roofed over river of Wienfluss, the second river in Vienna. There is shopping, coffee shops and restaurants enjoy while watching the traditional market activity with its oriental influences.

Other Top Tourist Attractions in Vienna

Before the day of sailing arrives, touring Vienna is a hustle, bustle get-it-all in flurry of activity. There are many historical places to make a part of the itinerary, including Belvedere Palace, Burgtheater, Danube Tower and Danube Island, among others. 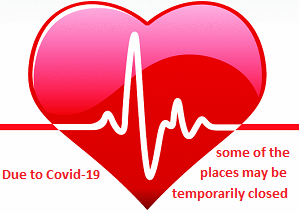 Dear guests, we use cookies to ensure that we give you the best experience on our website. If you continue to use this site we will assume that you are happy with it.Ok