There are countries that we all make plans to explore, occasionally comparing prices on airfare search engines, taking pictures of them in hopes of finding cheap airfare. Well, how about making your holiday more fun while exploring the countries of your dreams? How Does? Thanks to the music festivals, of course!

You can explore the city before or after the festival. It’s exciting to even think about, isn’t it? Let the plans be made! Here are the music festivals organized in Europe that will allow you to meet with your favorite artists and bands and give you an unforgettable holiday.

The Cure, Coldplay, Beyonce, Adele, Kanye West, Metallica, Radiohead… The most important names of the music world took the stage at this festival, which was first organized under the name “Pilton Festival” in 1970 and renamed “Glastonbury Free Festival” in 1971. . Glastonbury Festival, which was started to be organized under the influence of the hippie and freedom movement and brings together different music genres from rap to pop music, from electronic to rock music, is one of the best music festivals in Europe. By the way, it would be unfair to just call it a “music festival”. Because there are many other activities such as theatre, dance and cabaret in this long-established festival!

Some of the artists that will participate in Glastonbury 2020 are Paul McCartney, Taylor Swift, Diana Ross… You can follow the updated list of artists from the “Line-Up” section of the festival’s official page.

When: 17 – 19 July 2020 and 24 – 26 July 2020
Considered as one of the most famous festivals not only in Europe but also in the world, Tomorrowland invites you to an atmosphere that can be found in a fairy tale like no other! Organized since 2005, Tomorrowland is an organization that dreams of electronic music lovers. It’s a good idea to follow Tomorrowland’s official website, as tickets for this two-week-long festival in 2020 can run out in a short time!

Who would have thought that Sziget, born as a student festival in 1993, would be among the best European music festivals! The names that the Sziget Festival has hosted so far proves how great an organization it is. Iggy Pop, Prince, Foo Fighters, Sia, Rihanna, Robbie Williams just to name a few from this long list!

Another organization that we can consider as one of the global festivals is Roskilde in Denmark! In this festival, which has been held since 1971, world-famous names performing in different styles take the stage. Some of the legendary names and bands that have performed at the Roskilde Festival, which hosts more than 100 musicians, are Bob Marley and The Wailers, Ray Charles, Bob Dylan, Iron Maiden, Guns N’ Roses, Nirvana… To learn more about the organization If you want, your address is the official page of Roskilde Festival!

If “I don’t want to deal with visas.” If so, we recommend Exit Festival! We are sure that you will have a lot of fun at this festival held in Novi Sad, Serbia, which is one of the visa-free countries! Hip-hop, punk, rock, electronic… Famous names such as Fatboy Slim, David Guetta and Tyga will be on the main stage in 2020 at this festival that brings together artists and bands in many styles! For detailed information about the festival and to follow the updated list of artists, you can visit the Exit Festival official website.

Would you like to be included in the most famous rock festivals in Germany and the world? Rock am Ring and Rock im Park, which are held at different locations on the same days, but where the same names perform on different days in both festivals, will give you a completely different experience! Everything you want to know about Rock am Ring organized since 1985 and Rock im Park organized since 1995 is on the web pages!

If your dream is to attend a music festival abroad, but the festival tickets are beyond your budget, do not worry; because Donauinselfest, Europe’s largest open-air festival hosting 3 million visitors in 3 days, is free! A pleasant holiday awaits you with famous artists who will perform on dozens of stages. For details, your address is Donauinselfest official website! 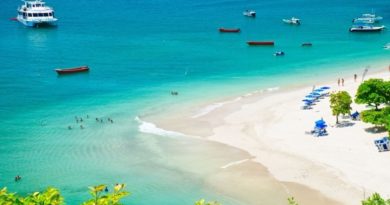 The Most Effective Honeymoon Destinations to Offer An Unforgettable Practical Experience 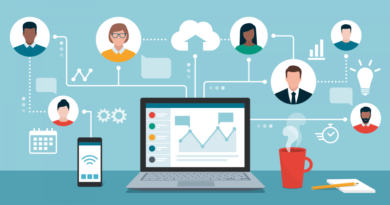 How to Manage Your Hybrid Work Environment