Barceloneta Beach, favorite among foreign visitors, has one of the longest coastlines in Barcelona (1.1 km). This beach is also one of the most traditional and oldest beaches in the city. Barceloneta’s dimensions make it suitable for leisure equipment, including volleyball courts and a table soccer area located on the Eastern side, facing the Hospital del Mar. It also has a children’s play area located on the Western side, beside the Gas breakwater. You will also find here gym and ping pong areas. Barceloneta also comes equipped with a skating area.

San Sebastià Beach is situated in the Ciutat Vella district and is the beach most closest to the city proper on the coastline’s Eastern end. It is the beach most frequented by local residents, especially residents of Ciutat Vella. San Sebastià is also popular among foreign tourists. Because of its proximity to the center of Barcelona, many tourists come here by public transport or on foot. There is also a metro stop that connects the area to other parts of the city.

Nova Icària Beach is located in the center of Barcelona’s coastline. The people who frequent this 400-m long beach are locals from nearby towns as well as foreign tourists. It is the beach where tourists stay the longest, perhaps because it is well-known for its being the quietest in Barcelona. Nova Icària is frequented mostly by groups of friends and also families with children. Many beach goers reach the beach on foot.

Bogatell Beach is a 600-m long beach revitalized when the city’s seafront was restored in the 1990s. It is very much appreciated by Barcelona coastal visitors. This is, among other reasons, because of its safety. A cycle track borders the Bogatell beach so you can easily reach by bicycle.

Mar Bella Beach is a 500m long beach situated in the East of the city coastline. It came into existence after the coastal area became part of the urban redevelopment as part of the 1992 Barcelona Olympic Games preparations. At the Western end of the Mar Bella beach is a nautical base where activities related to the sea are performed. What’s more, it also has a beach area designated for nudists.

If you have been to these beautiful beaches, please send your comments for our visitors. 🙂 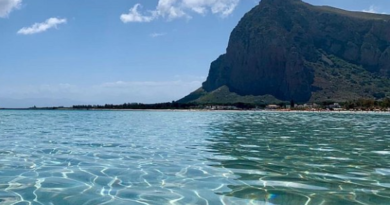