Here is the “Most Popular Things to do in Foca Izmir Turkey”. What actually makes Foca special for travelers is that it has very warm habitants. Foca, which is known as Phokaia in ancient times, is one of the cutest districts of the Izmir. It is located in the 69 kilometer north of Izmir. Besides, the town is separated into two municipalities. These are Eski Foça and Yeni Foça, which literally mean Old Foca and New Foca respectively. The district was named after Mediterranean seals that are about to get extinct.

You might catch the opportunity to see those seals around Siren reefs if you take a daily trip of Foca by boat. Boat trips are also the best way for getting to know the beauties of the district because they are mostly hidden in coves and bays. In line with this fact, Foca is an environmental protection area to preserve its unique must-see beauties and endangered species like Mediterranean Seal.

What actually makes Foca special for travelers is that it has very warm habitants. If you get bored with the chaos of Bodrum or Cesme, Foca would be your place to spend a week or two in the summer. Since the district has magnificent weather, you will be able to wonder around or swim everyday. It just gets a bit windy at nights but it will not matter at all if you want to spend the night at clubs. Someone might also be interested in taking a walk along the coastline under the moonlight.

Foca also has some historical buildings such as Athena Temple, Cybele Temple, and Ancient Theatre, which is the oldest theatre of Anatolia, Archaic Wall and Herodotus Wall, Five Doors etc. As you can acknowledge, Foça is a district that reflects the beauty of ancient times.

Other than the features cited above, Foca is a town that holds Blue Flag, which is considered to be an indication of degree of cleanness of the sea. There are two gulfs in Foca that are called Büyükdeniz and Küçükdeniz, which mean great sea and small sea respectively. You may also go to Voodoo Beach for swimmingç

How to Go to Foca?

Also, there are numerous transportation links to get to Foca. After you reach İzmir either by plane, by bus or by ferry, you can get on a bus from bus station and it will take two hours to arrive Foca. Besides, ferry services between Foca and Mytilini are conducted twice a day and a marine with a capacity of 300 yachts is in use by both domestic and international tourists.

In addition to its inherent features, municipality convenes an international olive festival in which famous singers take place and entertain Foça habitants and tourists.

All in all, Foca is less known that other holiday resorts such as Bodrum, Cesme, Alanya but one can find unknown unique beauties that never exist in those regions in this small district. 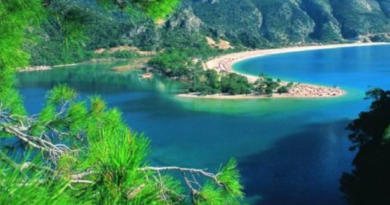 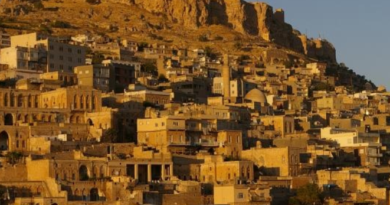